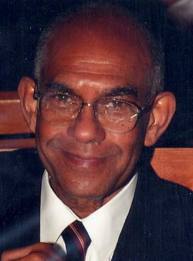 When I was training and working at Dege and Skinner on Savile Row, there were, in the workshops, some of the most incredible craftsmen. Men and women of phenomenal talent.

Virtually all of them were well past retirement age and had been working in the tailoring profession since their teenage years.

It was here in these workshops that I learnt most of what I know today. I can directly attribute my success and ability as a tailor to the lessons and patient guidance of these men.

Harry Bhageerutty, was one of the kindest most lovely men I have ever met. Not only that, but he was the very best military coat maker to be found anywhere in the world. His specialty was military service dress jackets and No1 dress tunics. There isn't a Royal in this country whose army uniform wasn't sewn together by this man and most of the heads of state and royals from other lands are almost certain to have worn his craftsmanship.

Harry, a post war immigrant from Mauritius, would spend his own time in the evenings, when I had finished in the cutting rooms at Dege and Skinner, to teach me tailoring skills passed own to him from generations gone before.

Patient and kind do not go far enough to describe the generous and loving nature of this wonderful man. I cannot thank him enough for all his help during my years of training.

Which is why I am deeply saddened to learn of his death at the age of 74. Having gone missing, his body was discovered in the Thames where it seems he drowned. we don't know the full details of what led up to this yet, but we do know he had been suffering from high blood pressure and memory loss in recent times.

I just wanted to share my memory of another lost talent and craftsman of Savile Row.

Harry is the fifth Savile Row tailor of his generation who has passed away that I have known and learned from. I realise now just how lucky I have been to have benefited from the knowledge and skills of these amazing men.

There are very few craftsmen of this calibre left now in the Row. I just hope in time to be able to pass my knowledge on to the next generation.

My prayers go out to all of Harry's family and all those saddened by his loss. While we lose an incredible Savile Row craftsman, heaven welcomes one of the kindest souls to date. 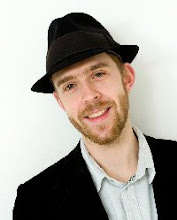